This is a continuation of the Areas of Substantial Unemployment program. It is provided by the Labor Market Information Division of Iowa Workforce Development as part of the Local Area Unemployment Statistics (LAUS) program. It covers the time period from July 2021 through June 2022 and is similar to the report provided in November 2021.

Enclosed is a table of the average unemployment rates for Iowa’s regions for the time period stated above. These data were developed as part of our process to identify potential Areas of Substantial Unemployment for PY2023 allocations to states. In order to be designated as an ASU, an area must have a current population of at least 10,000 and an average unemployment rate of at least 6.5 percent for the reference period. 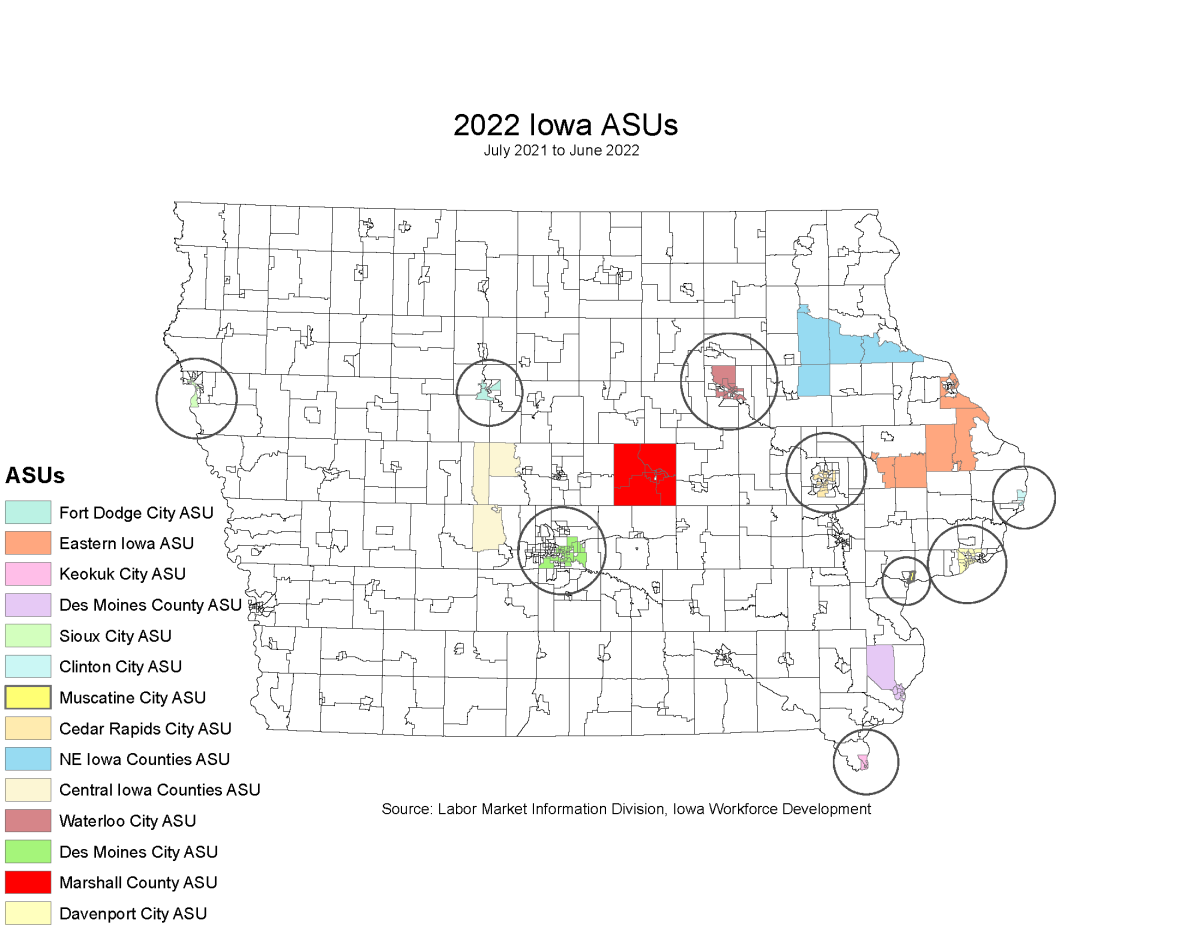 The data are for your information and may be provided to your Regional Workforce Investment Board.

9 Region Map for ASUs with rates.pdf