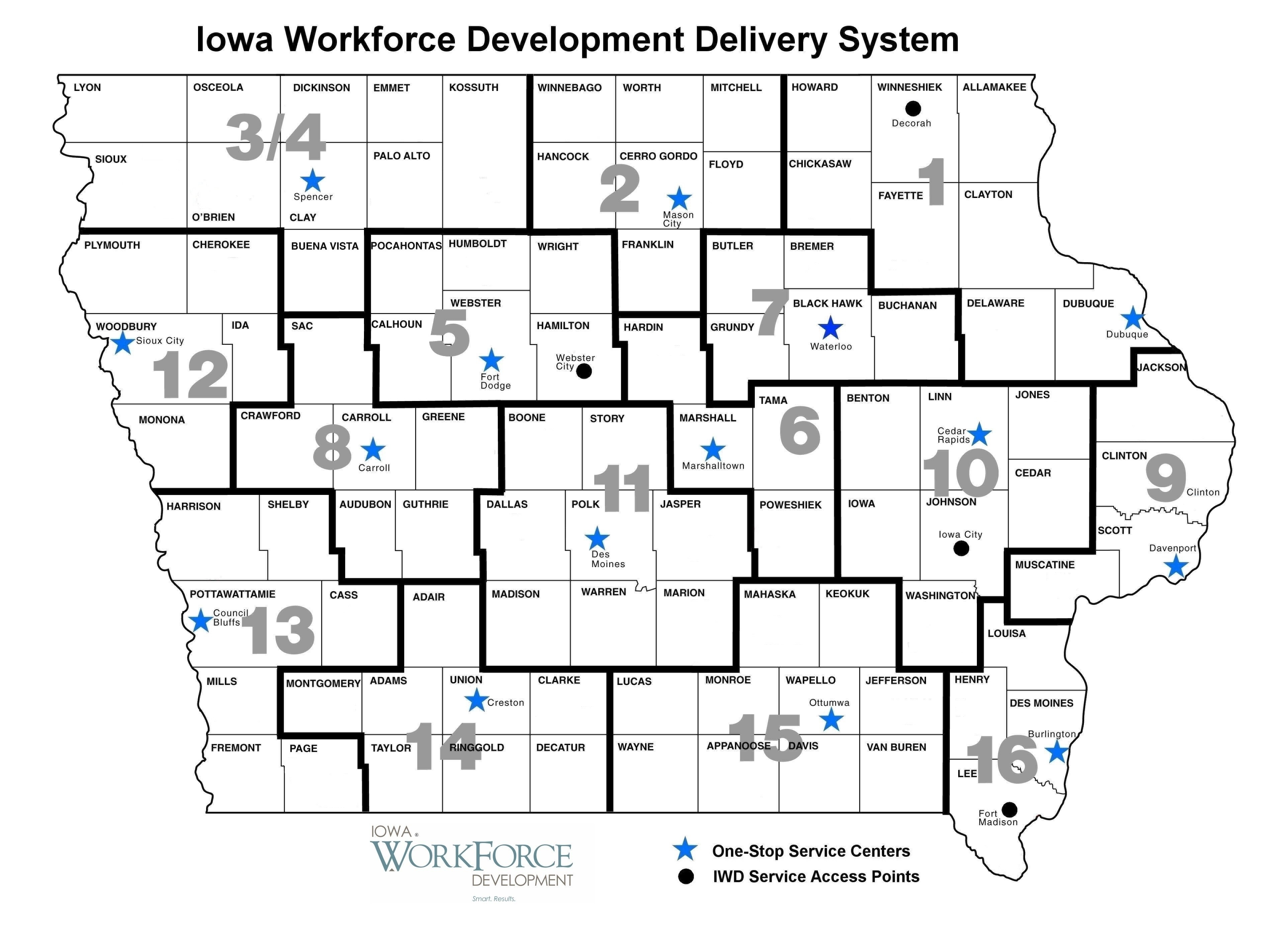 The boards' responsibilities include identifying local workforce development needs, assisting in the award of local service provider contracts and monitoring their performance and providing an annual report and recommendations to the Iowa Workforce Development Board.

Careful consideration is made to include bi-partisan representation with a balance of gender and rural/urban populations representing Iowans from all 99 counties. The boards include a number of individuals experienced in employment and training issues as well as those with less experience to bring in fresh ideas. Local service providers and Iowa Workforce Development (IWD) staff are generally not selected for the board roles in order to avoid any conflict of interest.